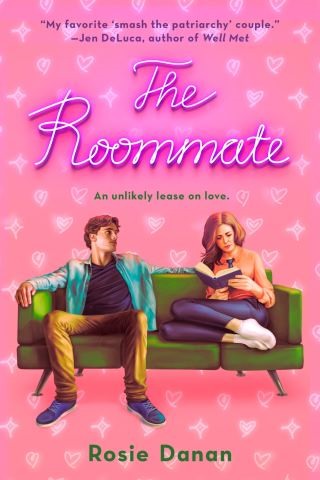 House Rules:
Do your own dishes
Knock before entering the bathroom
Never look up your roommate online

The Wheatons are infamous among the east coast elite for their lack of impulse control, except for their daughter Clara. She’s the consummate socialite: over-achieving, well-mannered, predictable. But every Wheaton has their weakness. When Clara’s childhood crush invites her to move cross-country, the offer is too tempting to resist. Unfortunately, it’s also too good to be true.

After a bait-and-switch, Clara finds herself sharing a lease with a charming stranger. Josh might be a bit too perceptive—not to mention handsome—for comfort, but there’s a good chance he and Clara could have survived sharing a summer sublet if she hadn’t looked him up on the Internet...

Once she learns how Josh has made a name for himself, Clara realizes living with him might make her the Wheaton’s most scandalous story yet. His professional prowess inspires her to take tackling the stigma against female desire into her own hands. They may not agree on much, but Josh and Clara both believe women deserve better sex. What they decide to do about it will change both of their lives, and if they’re lucky, they’ll help everyone else get lucky too.

Rosie Danan: Rosie Danan writes steamy, bighearted books about the trials and triumphs of modern love. When not writing, she enjoys jogging slowly to fast music, petting other people’s dogs, and competing against herself in rounds of Chopped using the miscellaneous ingredients occupying her fridge. As an American expat living in London, Rosie regularly finds herself borrowing slang that doesn’t belong to her.