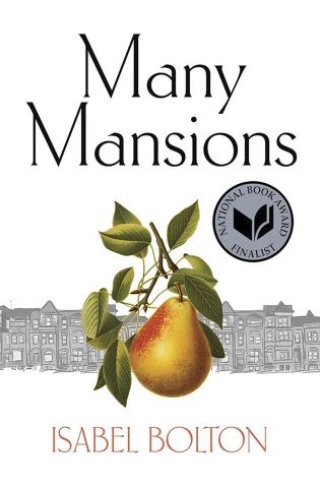 A finalist for the National Book Award, Many Mansions was originally published in 1952 and received raves upon its debut. Now available for the first time in a paperback edition, the novel recounts an elderly woman's difficult decision to reread an unpublished memoir. Her poignant story of forbidden love and sacrifice, which begins during the Victorian era and concludes in the years following World War II, recalls the aristocratic elegance and psychological insights of works by Edith Wharton and Henry James.

PRAISE FOR ISABEL BOLTON
"She is not merely a clever woman writer who exploits the feminine sensibility vibrating on the edge of contemporary life. She is a poet of the nobler kind who uses the compression and the polish of her fiction to focus human insights and to concentrate moral passion." — Edmund Wilson, The New Yorker

"The best woman writer of fiction in this country today." — Diana Trilling, The Nation

"Bolton clearly learned from Virginia Woolf when it came to mingling serious and frivolous people and circumstances, then making each matter without pretending that they will transform one another permanently." — Margo Jefferson, The New York Times

Isabel Bolton:
Isabel Bolton was the pen name of Mary Britton Miller (1883–1975) who wrote several volumes of poetry and collections of verse for children published under her real name. She was in her 60s when she began writing novels under her pseudonym; her first novel, In the Days of Thy Youth, appeared in 1943. In addition to a loose trilogy of novels — Do I Wake or Sleep, The Christmas Tree, and Many Mansions — she wrote a memoir, Under Gemini, about the childhood drowning of her twin sister. Bolton lived for most of her life in and around New York City.